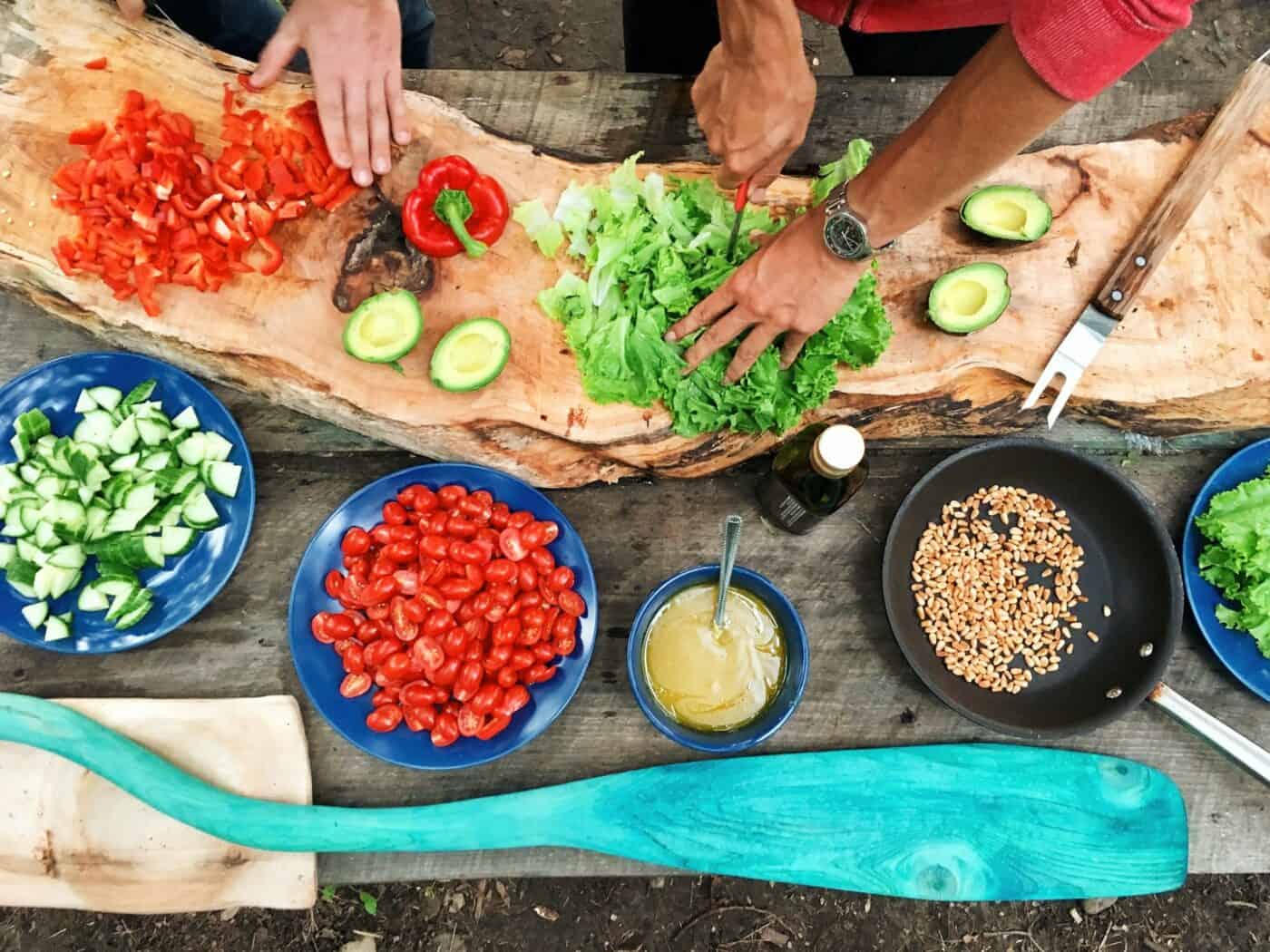 We aren’t just what we eat, we’re also how we eat it. Our evolution as a species, particularly that of our brains, has been tied to our remarkable ability to extract nutrition from our environments, thanks in part to one of our earliest and greatest inventions: cooking. While some foods need to be cooked for modern humans to properly digest them at all, there’s also plenty of stuff we can eat right off the tree or out of the ground. Exactly what is or is not eaten raw may vary from culture to culture, and thanks to the flexibility of our digestive biome, we’ve survived to tell the tale. With lots of attention being paid to the value of whole and raw foods, particularly after generations of processed junk food piling into our collective arteries, it’s worth taking a look at what place cooking has in nutrition today, and how it helped us get here.

How little time and effort it takes modern humans to get their nutrition is part of what makes us remarkable.

Animals like us have to balance out the energy we receive with the energy we expend. It takes calories to make calories, and if you spend more energy looking for a bite than you get back from eating it, you’re not likely to make it. Some of us are lucky enough to have never experienced being truly hungry, but that’s a novelty as far as most of our friends on this planet are concerned, human or otherwise. Many herbivorous animals spend most of their day eating just to get enough energy to do it again tomorrow. How little time and effort it takes modern humans to get their nutrition is part of what makes us remarkable.

Humans were still in the middle of the food chain even after we had figured out fire and how to cook with it, and have almost always relied on the less ambulatory forms of food for sustenance. And before cooking, more time and energy was spent eating and looking for food. Many of our most nutritious crop staples did not even exist in their present forms until well after human agriculture got started, so we were likely getting less nutrition per bite and likely working harder for it. Cooked food offered early humans something easier to chew and digest than raw meat and vegetables, in turn allowing more calories to be spent on other tasks, whether that be gathering or hunting more food, inventing the club, or whatever else we got up to in those earliest days. From an evolutionary perspective, this meant more energy to power these increasingly large brains we’re all so proud of.

Benefits of raw vs. cooked foods

Cooking our food also helped keep parasites, bacteria, and other nasty things from hitchhiking into our immune systems with dinner, something that holds true to this day. Most of us have eaten only cooked meat and eggs for so long that we can’t safely digest them in their raw form anymore. And please, as a rule, don’t try it. This rule does have many exceptions, and some are delicious, but if you can’t buy it at a restaurant or a grocery store, proceed with caution. Don’t ever leave meat out of the fridge for more than a few hours, cooked or not, and make sure to use separate knives and cutting boards when preparing raw meat for cooking. There are plenty of ways to be a tough guy that don’t involve food poisoning.

Raw fruits and vegetables are what you’re really looking for, and as a general rule, the more odoriferous an effect a particular veggie has on our bodies, the better it is to eat in a raw form. That said, it should come as no surprise that our four kings of raw nutrition are none other than broccoli, cabbage, onions, and garlic, all of which have beneficial compounds and enzymes which can be destroyed if they are cooked or overcooked. Cooking these foods doesn’t make them bad for you by any means, but it’s worth including them in their raw forms when you can for optimal nutrition. On the other hand, some fruits and veggies are just as or even more beneficial when cooked. Carrots, potatoes, spinach, mushrooms, and asparagus offer more nutrition when they’re prepared properly, as more vitamins and minerals are able to be absorbed after they are cooked. And some studies indicate that raw kale might be better for fighting cancer than cooked kale, which is in turn more beneficial for cholesterol issues.

How you cook it matters

The vegetable oils we often use to cook contain different types of fats, each with different levels of antioxidants.

Beyond deciding whether or not to cook something is the question of how you will cook it. Most cooking incorporates some form of fat, either animal or vegetable-based, often with the objective of being able to separate the part of the food you’re supposed to eat from the thing you cooked it on. For example, the vegetable oils we often use to cook contain different types of fats, each with different levels of antioxidants, important for removing funky stuff from the body. These fats and in turn, these antioxidants can be altered when they are heated to a certain temperature, breaking the delicious down into potentially harmful or nasty-tasting compounds. While butter is a reasonable (and also delicious) alternative, and the saturated fats it provides can certainly be a part of a healthy diet, it’s a good idea to swap out some of your butter for something with more non-saturated fat, such as virgin olive oil or coconut oil if you need to cook at high temperatures. These oils won’t oxidize easily and are pound for pound the healthiest fat to use for general cooking purposes.

And if you’re like me and spend too much time on this or that project and put off making a meal and end up eating a box of frozen waffles at two-thirty in the morning while staring at the clock on the microwave, stop it. Cooking meals, even if just for yourself and your cat, is beneficial for your mental health, and will probably be more nutritious than take-out, for you and your wallet. Good food has brought this species a very long way over the past million years, so don’t kid yourself. You’re worth it.