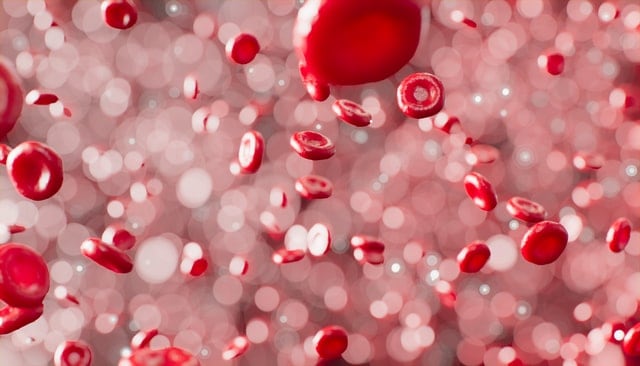 Photo by ANIRUDH on Unsplash

“Love heats my blood, blood spins my head, and my head falls in love.” –Cat Stevens

Making up about 10% of your body weight with a volume of between 1.2 and 1.5 gallons, life-giving blood flows through your circulatory system delivering vital nutrients to all parts of the body and collecting waste to be disposed of through the lungs, kidneys, and digestive system.

Blood itself is made up of plasma and three types of cells: red, white, and platelets.

Primitive vascular systems evolved up to 600 million years ago as a means to more refined circulation of nutrients and disposal of waste as evolution produced more and more complex forms of life.

The modern human circulatory system, along with the heart, pumps blood through a network of veins, arteries, and capillaries. The blood itself is made up of plasma and three types of cells: red, white, and platelets.

Human blood is categorized into several types, A, B, AB, and O. This typing identifies antigens present in the blood that cannot be combined with different types when blood is donated or received in a transfusion. If the wrong blood type is used, the body will see the foreign antigen as an attack and the immune system will respond, battling the foreign cells. Type O blood may be used in any patient needing an emergency transfusion as it lacks a superficial antigen and cannot cause an immune reaction. People with type AB blood can receive all blood types in a transfusion as type AB contains no antibodies that react to an antigen.

About 55% of blood is a liquid substance comprised of roughly 90% water, called plasma. Plasma volume keeps the blood vessels full which aids in the flow necessary to carry out the functions of both the delivery of vital nutrients and the collection of waste produced by cellular function.

Two proteins carried by plasma perform especially vital functions. Albumin helps regulate “oncotic pressure”, a highly refined balance of fluid that keeps blood from pooling in areas such as the abdomen, hands, and feet. Individuals with low levels of albumin can experience uncomfortable swelling in those areas.

The protein fibrinogen is an important part of the blood clotting process and helps reduce active bleeding.

Also contained within plasma are immunoglobulins which help the body fight off infections.

Electrolytes are substances that, when dissolved in water, carry a positive or negative electrical charge. Plasma carries electrolytes that maintain the proper, slightly alkaline pH levels in the body, as well as enable muscular contractions such as those of the heart.

It is possible to donate plasma, as well as whole blood.

Besides plasma, the rest of blood volume is made up of red blood cells, white blood cells, and platelets. The presence of these cells is what gives blood its “thicker than water” viscosity.

The body produces about 2 million red blood cells per second.

Red blood cells are made in the bone marrow and released into the bloodstream through a network of the body’s tiniest blood vessels, called capillaries. Red blood cells contain a protein called hemoglobin that is responsible for carrying respiratory gases in both directions. Hemoglobin’s richness in iron is what gives blood its red color. Oxygen is gathered in the lungs and carried to the tissues of the body where it is exchanged for the waste product carbon dioxide. Carbon dioxide is carried back to the lungs where it is released and exchanged for more oxygen. Each red blood cell stores 200 million to 300 million molecules of hemoglobin.

The average lifespan of a red blood cell is about 120 days. The body produces about 2 million red blood cells per second. With the constant replacement and replenishment of this hemoglobin in the body, nutrition can play a big part in the health of red blood cells. Diets rich in iron, B vitamins and protein will keep the quality and number of red blood cells produced at healthy levels. Insufficient nutrition can result in a variety of anemias or other chemical or structural defects in the cells.

Symptoms of white blood cell disorders include fever, body aches, and chills; a wound that doesn’t heal and stays red and swollen, frequent infections, difficulty breathing, and persistent cough. A CBC would be done if you reported these symptoms to your provider and if the results showed either low or high counts, further testing would be done to determine the specific cause.

Abnormal platelet counts can be a sign of various issues in the body.

Platelets are the smallest of the three types of blood cells and are responsible for clotting at the site of tissue damage that causes bleeding. When damage occurs, platelets rush to the site and begin attaching to the injured tissue to slow the bleeding. They then send out a signal that brings more platelets to the site,  sticking them together to form a clot that eventually seals the blood vessel that was bleeding. Platelets recruit a protein called fibrin which knits into the clot and forms what we know as a scab.

Abnormal platelet counts can be a sign of various issues in the body. A CBC will measure platelet levels and if the results are low, a bleeding disorder may be suspected. If platelet levels are too high, it may be a response to inflammation in the body that could have a variety of causes. Various medications cause low platelet levels, sometimes intentionally such as in warfarin and other anti-coagulants prescribed to prevent life-threatening clots. In other cases, an unintentional side effect of chemotherapy or radiation treatments can be a depleted platelet count.

Because a simple CBC will be the first step in looking into any kind of blood disorder and can catch a number conditions even before noticeable symptoms arise, it is a good idea to have this basic blood test done every year. Your provider may want to increase the frequency or add extra tests depending on your health history.

Eat a healthy diet rich in B vitamins and iron, keep stress levels low and maintain adequate hydration to help keep your blood flowing strong. Then your thoughts of blood can turn to how deeply this life-giving substance inhabits the vocabulary of the psyche: whether you are hot blooded or cold blooded? Have ever actually tried extracting blood from a turnip? Are you a red-blooded male or are you descended from aristocratic blue bloods? What crime might you commit in cold blood should your blood ever boil? Have you ever let out a blood-curdling scream at the sight of blood and guts? Have you ever pourd blood, sweat and tears into something that may have been too rich for your blood? It’s interesting to examine what we “know” about blood through the cultural lens of language. Surely, this vital fluid has got our attention, so keep awareness of it “in your blood.”

All the soarings of my mind begin in my blood. –Rainer Maria Rilke