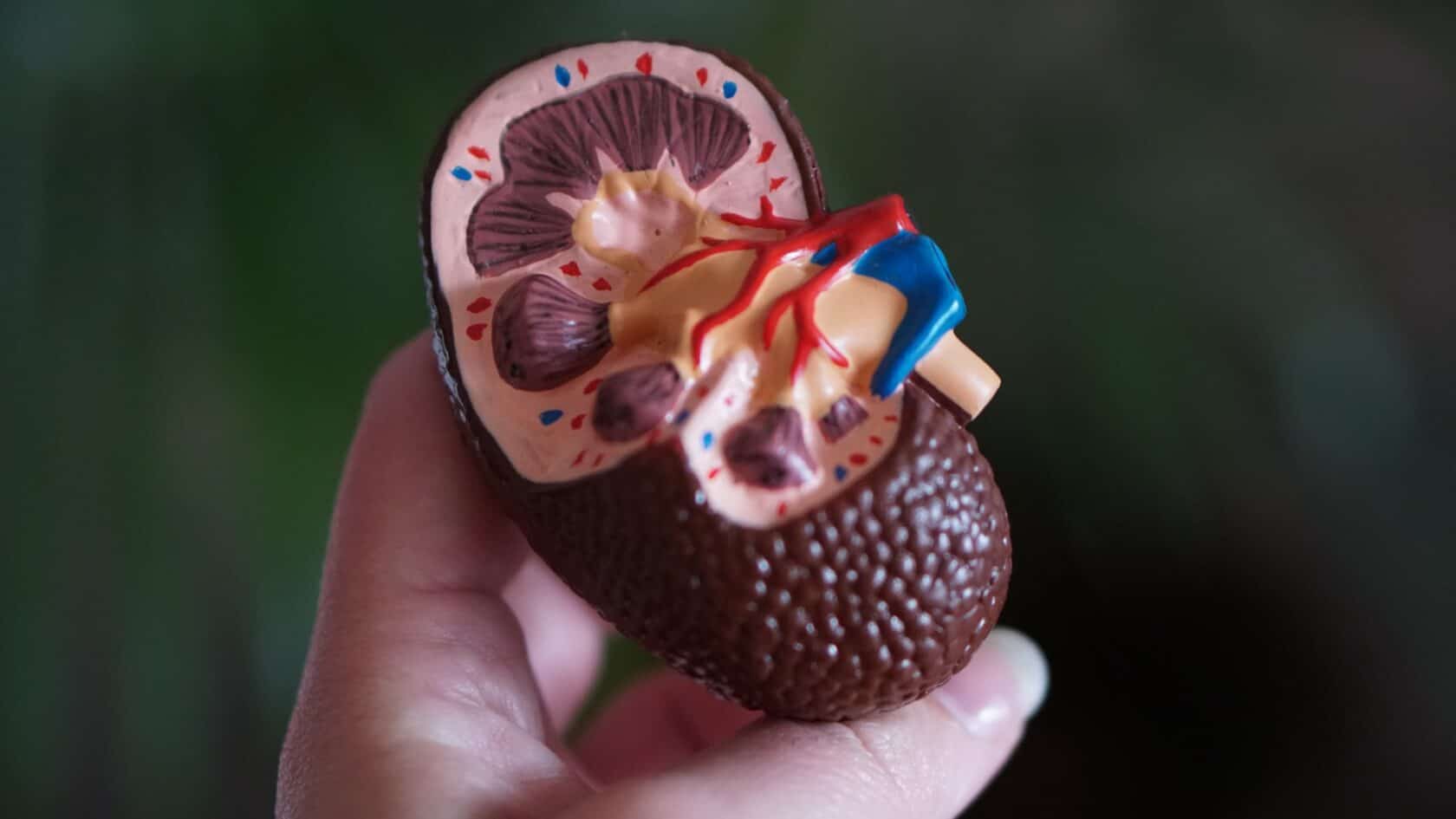 Tour of the Organ Body, Part 4: The Kidneys

Photo by Robina Weermeijer on Unsplash

Published in the Humboldt Independent on November 9, 2021

A couple of fist-sized, bean-shaped organs tucked behind the stomach just beneath the lower back ribs, the kidneys were considered during biblical times to be the seat of conscience, desire, emotions, and wisdom.

Now known to be a vital blood filtration system, first described as such about 150 BC by Greek physician Galen of Pergamum, the kidneys also play a role in the endocrine system, activate vitamin D, and ensure balance of blood chemicals as well as correct the volume and make-up of fluids in the body.

Most of us are born with two kidneys, but it is possible to live a healthy life with just one.

The kidney on your right is slightly smaller than the one on the left, owing to the liver being a bit of a space hog, and each one contains 1-1.5 million “nephrons“, tiny tubular structures that filter waste out of the blood. Within the nephrons, the kidneys sort out substances, returning proper levels of sodium, potassium, proteins, and most of the water to the bloodstream, and removing unwanted waste. The kidneys filter the equivalent of about 45 gallons of blood a day and produce about a quart or two of urine a day to transport the waste out of the body.

Most of us are born with two kidneys, but it is possible to live a healthy life with just one, should one become damaged or irreversibly diseased. The filtering system requires only about 300,000 nephrons to do its job, roughly a tenth of the total for both kidneys.

By activating vitamin D, the kidneys enable the uptake of calcium and are thus partly responsible for bone health. They manufacture a hormone called erythropoietin which messages the bone marrow to make red blood cells. By controlling fluid levels and manufacturing a hormone called angiotensin II which tells the blood vessels to constrict they help regulate blood pressure.

The kidneys also regulate a healthy pH level in the body. Acids are produced when cells break down and acid levels can rise from the foods we ingest. The kidneys send excess acid out of the body and base bicarbonate back into the bloodstream.

With kidneys remaining functional when down to a mere 10% of their filtration capacity, it can be easy to overlook trouble.

When kidneys are in trouble

Even when the kidneys fail completely, their function can be carried out externally through dialysis.

However, there are warning signs to be heeded. When toxins cannot be excreted and build up in the metabolism, you will feel tired, lose the ability to concentrate, and perhaps become anemic. When toxins remain in the blood, it can be harder to sleep. There may be changes in your urinary habits, peeing more frequently, producing foamy urine, or there may be blood in the urine. Puffiness around the eyes or swelling in the feet and legs can be other warning signs. Back pain is often present with infection. See your provider if you are experiencing any of these symptoms or any other changes in your urinary habits you may notice.

Even when the kidneys fail completely, their function can be carried out externally through dialysis. This treatment was developed during the 1940’s when only crude materials were available during wartime shortages. Blood is pumped into a machine that does the filtering job of the kidneys. In some cases, dialysis is only needed temporarily when the kidneys are able to recover. In other cases when kidney failure is permanent, dialysis will be needed for the rest of a patient’s life. Depending on what type of dialysis is recommended, treatments might be daily or three times a week.

One of the most well-known kidney ailments is when minerals build up in the urine producing crystals that are sometimes too large to pass without being noticed. Often causing excruciating pain, these stones are nowadays treated in a variety of ways. Shockwave therapy breaks the crystals into smaller, passable pieces. A small incision in the back can be made through which a laser or ultrasound power source is directed at the stone, breaking it up. Or a tube may be inserted into the urethra, through the bladder, and up into the ureter where a power source is employed to break up the stone. If you have a kidney stone that does not want to pass on its own, you won’t be consternating about whether to call your provider. The pain is so severe that at one point in history patients subjected themselves to a crude form of surgery that resulted in death almost half of the time.

Workers in fields around the globe in areas seeing a rise in temperature have been experiencing kidney damage.

A couple of years ago, Dr. Roberto Lucchini, professor of Environmental and Public Health at New York City’s Icahn School of Medicine identified a kind of kidney damage as the first disease that can be directly blamed on climate change. Workers in fields around the globe in areas seeing a rise in temperature have been experiencing kidney damage that cannot be attributed to the other chief causes of diabetes and high blood pressure.

In Guatemala, prospective field workers have their creatinine levels checked before they are offered employment. Creatinine is a waste product normally filtered out of the blood by the kidneys, and high levels are now considered a risk for anyone subjected to the new normal higher temperatures. Two studies in the US show rising rates of kidney disease among workers in Florida and California.

With this grave threat to the well-being of our species on the horizon, one has to wonder whether the original understanding of the kidneys being the seat of conscience and wisdom might come into play. Who can say with certainty that these intuitive interpretations are baseless? Will the emotions of survival instinct and the desire to heal ourselves and our planet come from this filtration and regulation system that balances our internal climate? Will we be able to apply the natural tendency toward homeostasis fostered by healthy kidney function to the earth-wide systems around us? Perhaps when we fully realize we are all in this together, we’ll take a hint from these two little beans.