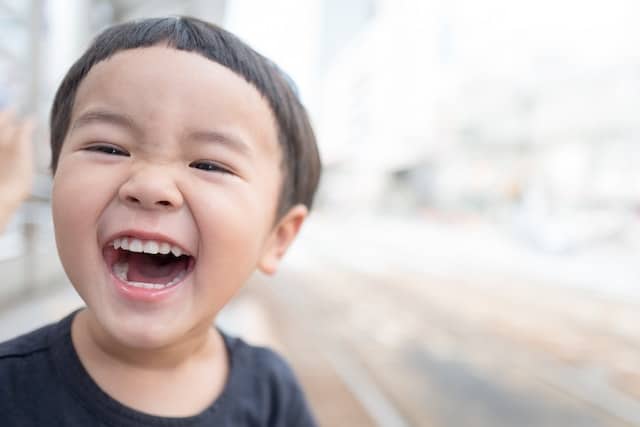 Go Have A Laugh

Photo by kazuend on Unsplash

Despite what you might have heard, laughter is not the best medicine: if it was, some pharmaceutical company would probably figure out how to patent it. Laughter is, however, an exceptional way to relieve stress and improve mental and physical health. And unlike an exercise regimen or diet, most everyone enjoys a good laugh, making it one of the easiest and most entertaining things you can do to benefit your health.

Our sense of humor evolves as we age and what makes us laugh eventually becomes a large part of our identity.

Linguists have categorized laughter as an “unconscious vocalization”, and a propensity for laughter may have a genetic component, but our sense of humor also evolves as we age and what makes us laugh eventually becomes a large part of our identity. Humans start laughing before we learn how to speak, and even babies who are born blind and deaf can and will laugh. Laughter is also universal: despite the thousands and thousands of languages and dialects spoken on Earth, we mostly all laugh in a similar fashion.

Which is good, because laughter is also an important social tool for humans, and while we rarely think about when and why we laugh in groups or conversations, there is much more going on than a simple chemical reaction. While some laughter is spontaneous and involuntary, when interacting with other humans directly laughter can become a pre-linguistic tool for establishing rapport and shared experience – or tolerating awkwardness, stress, or discomfort. By the same token, social decorum occasionally requires us to suppress laughter in some circumstances. Similar to how language itself is learned automatically by children, the different ways we utilize laughter happen often on a subconscious or automatic level.

Our laughter is linked to the activation of the ventromedial prefrontal cortex (that’s a part of your brain), which produces endorphins. Laughter increases blood flow and has also been shown to reduce the effects of stress-related hormones such as cortisol and epinephrine. Even the immune system stands to benefit from laughter, as T-cell efficiency and antibody production are both enhanced by a good chuckle. Conversely, some health issues can impede the beneficial effects of laughter – patients with heart disease have been found in some studies to have a harder time laughing or recognizing humor.

Laughing as a coping mechanism

It’s healthier for us to laugh than it is to be miserable.

In any case, laughter seems to function almost as an antidote to the less-charming parts of our world. Even forced or nervous laughter provides a form of relief in stressful situations where another reaction might further our anxiety. Relief theory is a concept in philosophy and psychology which explains why laughter is used by humans as a coping mechanism even when there’s nothing funny going on at all. Simply put, it’s healthier for us to laugh than it is to be miserable, and our bodies understand this on a chemical level. Plenty of dark, morbid, or even grotesque humor provides the stress relief needed to endure a world which is sometimes about as far from amusing as anything we could imagine.

There’s an idea out there that when babies laugh while playing peekaboo with mom, they are bounced between the joy they feel in her presence and the angst they experience when she suddenly vanishes from sight. Swung between these two emotional poles, the baby discovers the domain of absurdity, which evolution has wisely decided we need to be able to deal with from our earliest days. Humans have used humor to turn the absurdities of the world into literature and music and philosophy and art, some of which is even funny, so let yourself be a part of that process and go find something funnier to read than this. Doctor’s orders.