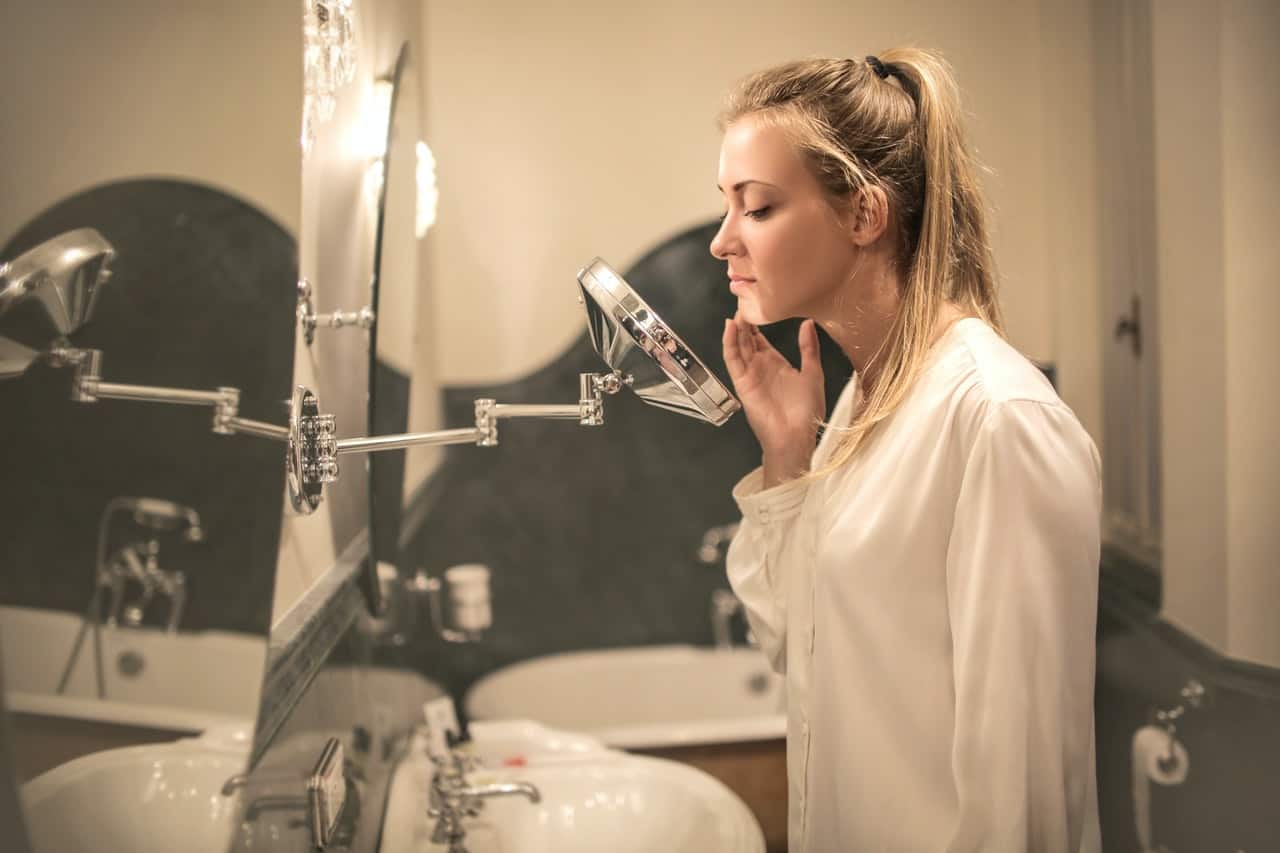 Photo by Andrea Piacquadio from Pexels

Published in the Humboldt Independent on March 2, 2021

Let’s give COVID-19 a week off: I doubt it’s going anywhere. In the meantime, did you know that your face is covered in mites? It’s not just you – and it’s not just your face. 99.9% of all humans have invisible squatters eking out an existence across the open pores and follicles of our bodies, which moonlight as fairly diverse and complex ecosystems, especially on a microscopic scale.

Sebum (a waxy material produced by the sebaceous gland) is the primary source of food for the demodex mite.

Two species of mite are by far the most common to find homesteading on the human epidermis: Demodex folliculorum and Demodex brevis, or, as they’re more commonly known, eyelash, face, or skin mites. Don’t beat yourself up for not noticing them: they’re microscopic arthropods barely half a millimeter in length, roaming around your mug at night and hunkering down for the day in a sebaceous gland, a part of your hair follicles. Sebum (a waxy material produced by the sebaceous gland) is the primary source of food for the demodex mite, and since most of the sebum on humans is produced on the face (and a few less presentable areas), that’s their preferred environment. They can wander up to six inches in a night, loping across the open plains of our cheeks, noses, and foreheads in search of sebum and skin cells to nosh on,

Newborn babies lack a population of demodex mites, at least until they are picked up and handled by another human (like mom). And while children have fewer mites on average compared to adults, that won’t last: mite populations increase with the host’s sebum production, which generally increases with age. And because nature’s inventiveness we run into plenty of mites in the environment around our homes and job sites: such charmingly named afflictions as rodent skin dermatitis, grain itch, and scabies are all linked to non-demodex mites of various kinds.

Skin mites do perform a sort of basic custodial duty, cleaning up dead skin and the occasional invader.

If your body was a cruise ship, a good percentage of those aboard are stowaways: everything from viruses and bacteria to fungi and other components of the microbiome, to surface-dwelling critters like face mites. In fact, the estimated 38 trillion cells in a human body are accompanied by 38 trillion bacteria, viruses, and other microscopic hobo cells. While our 38 trillion cells are a lot bigger and heavier than theirs are, it does raise the question of where the human stops and the critters begin: some of these foreigners, as discussed in my little article on the microbiome, are on our body’s payroll and are more or less essential to bodily functions. Others are hostile, causing problems and making sure our red and white blood cells don’t run out of work. And still, others are neither helpful or harmful, they’re just sort of there. Skin mites from the demodex family fall into the latter category, and while some studies have linked the presence of these mites to rosacea and acne, it’s unsure as to whether they contribute to those issues or simply thrive in a similar environment to those afflictions.

While it’s a little unnerving to feel like a wildlife preserve, it’s just par for the course for multicellular life: compared to many other mammals, we’re relatively passenger-free. Along with plenty of non-hostile bacteria and other locals, skin mites do perform a sort of basic custodial duty, cleaning up dead skin and the occasional invader. It’s not exactly a day at the spa, but I’ll take what I can get. Stay safe, everybody.

Previous article Seven Years of Pandemic?
Next article Yoga for Everything