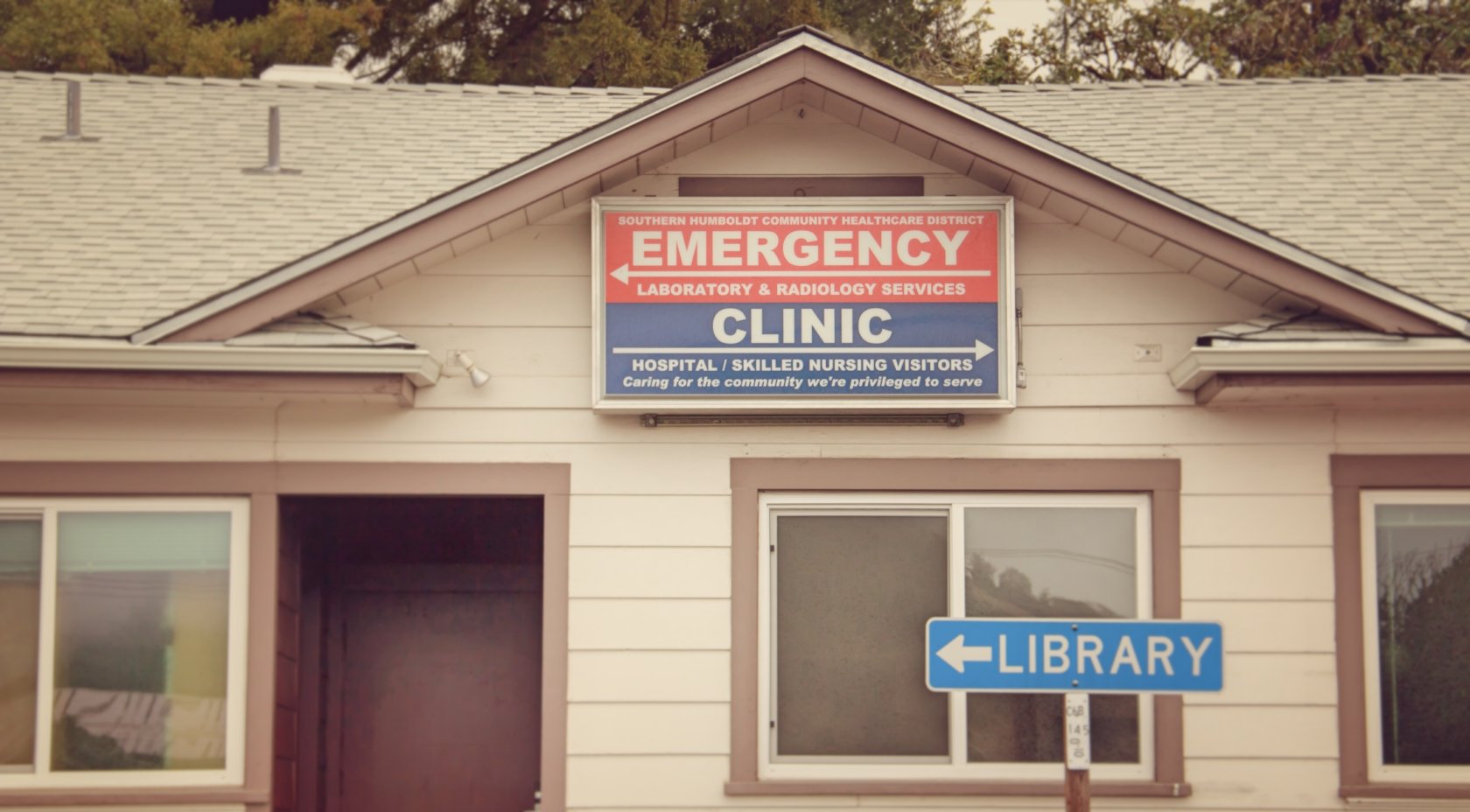 Local lore tells of doctors delivering care in our area in the early 1900’s on horseback or via horse and buggy, and there was apparently a small hospital near the north end of Garberville in that era. Medical care began at our current location in 1949.

When Dr. Leland Loewen and his wife Elvira arrived in town in the late 1940’s, Dr. Loewen practiced in a Garberville hotel room until he and his wife moved into the home they built on Elm Street. At the outset, this structure included a doctor’s office with an emergency room where they would occasionally keep patients overnight. That space now houses SHCHD’s administrative offices. In 1952, Dr. Loewen extended the building further, adding a six-bed hospital which now serves as our clinic at the corner of Cedar and Elm streets.

In 1960, Dr. Loewen left to become an orthopedic surgeon, and he sold the facility to his business manager Roy Schmunk and Dr. Jerold Phelps, who had been practicing with him for about five years. Four years later, they opened a new hospital addition which had surgery and obstetrical suites. By 1970, the basic footprint of the facility was as it exists today, a patchwork of disparate structures. The hospital was at the northeast side, the clinic was in the southwest corner, and there was a dentist office in the northwest corner where the employee breakroom is now. Ownership of the facility was still in private hands.

Ten years later, in 1980, the hospital went from private to public ownership by the newly formed Southern Humboldt Community Hospital District, while the clinic remained privately owned. Special district community hospitals had been forming throughout the State of California for decades, funded by shares of county property tax revenues, as were community water and sewer, fire protection, recreation, and other special districts. Unfortunately, Proposition 13 came into effect about then, and that, combined with the decline of the logging industry, meant that only a fraction of the tax funding the community had expected to rely on for the hospital actually materialized. That is why, in 1986, the community passed a special assessment to support the hospital.

Special district community hospitals had been forming throughout the State of California for decades, funded by shares of county property tax revenues.

Another crisis in healthcare was also building, as medical billing and regulations made private practice increasingly difficult for rural doctors. In 1995, at the request of Drs. Jerold and his son Mark Phelps, the District took over ownership and management of their clinic and changed its name to the Southern Humboldt Community Healthcare District, a pioneer in this strategy to maintain medical services in remote and rural communities.

Over the years our district and hospital, like similar facilities throughout rural America, have coped with ever-increasing regulatory complexity coupled with an increasingly challenging financial and staffing environment. We have added services when we could to meet community needs, such as mammography and the skilled nursing facility. In some cases such as obstetrics, we have been forced to discontinue services due to prohibitive costs and/or regulatory requirements.

In 2002, the District was recognized as a Critical Access Hospital. This federal designation, which was granted due to our distance from other hospitals, entitles us to receive payments for treating Medicare and MediCal patients that are based on our costs to provide that service, and it has been crucial to keeping our doors open while many rural California hospitals were forced to close. In recent years, however, state and federal funding have diminished. Medicare’s reimbursements no longer cover our full costs for the care we provide to Medicare patients, and Medi-Cal’s reimbursements are substantially lower than Medicare’s.

Still, through stringent financial management, diligent pursuit of grants and quality bonuses, and support from area residents through the parcel tax, we are continuing to provide healthcare in Southern Humboldt. Since Dr. Louwen opened his practice here in 1949, our community has had access to emergency services at this location every day, 24/7, for nearly 70 years.

For more information about all the services SHCHD provides or about the District’s Measure F parcel tax renewal request, call 923-3921.