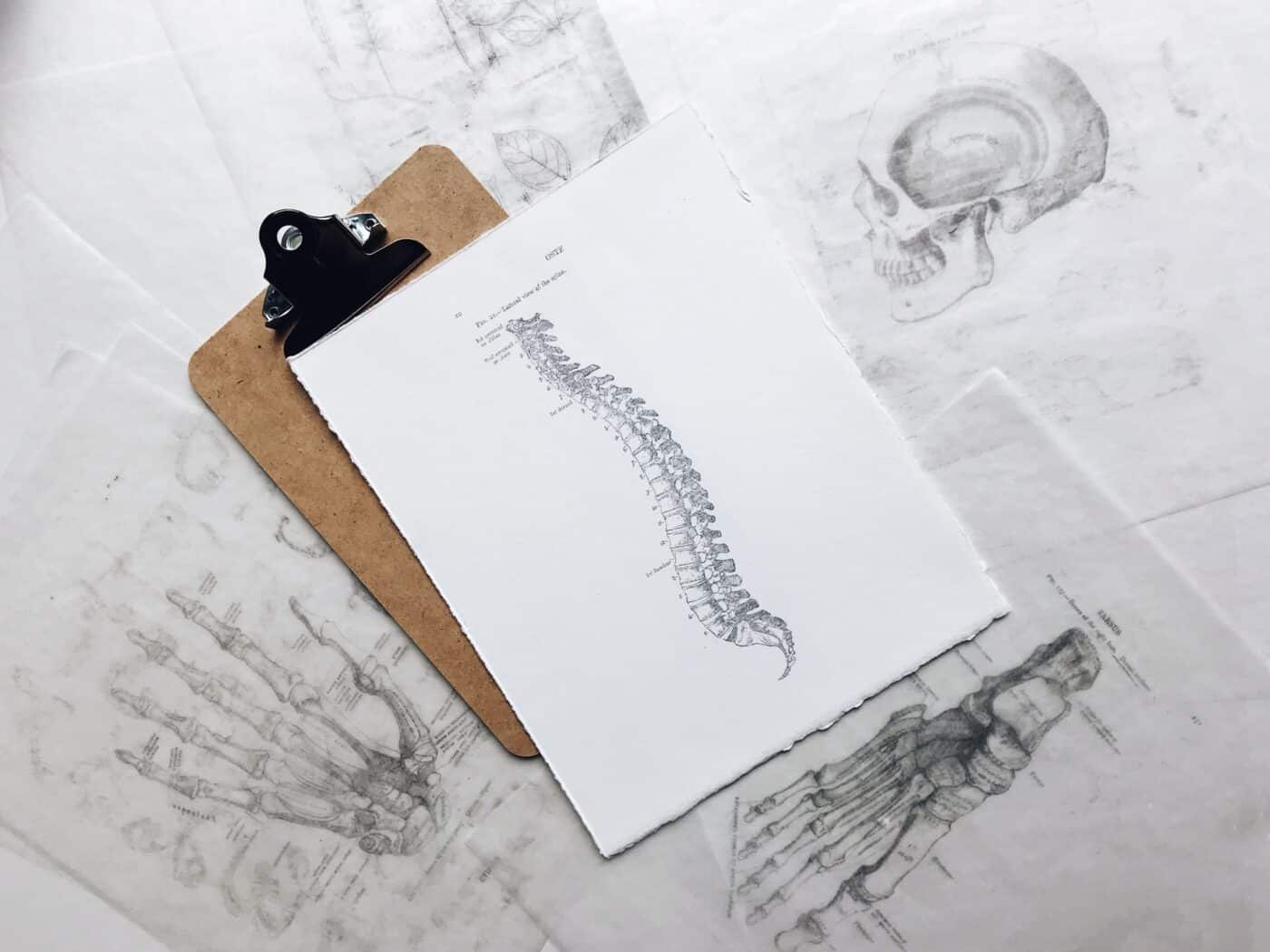 Good Lordosis (it’s not about Covid)

Photo by Joyce McCown on Unsplash

Published in the Humboldt Independent on December 15, 2020

The word ‘spine’ comes into common metaphorical use in several ways, mostly to indicate strength of character. If you are spineless you are weak or unprincipled. If you have a spine, you have character and strength and will power. As with other anatomical terms we use–shoulders are reliable, guts are courageous, legs can endure–the spine ends up with a lot of responsibility and usually, if we take care of it, it is equal to the task. However, low back pain is one of the top ten reasons for medical visits in the western world and it is on the increase.

Evolution of the spine

The vertebral shapes that support free-standing did not develop until later when the lower vertebra became much more stout as well as wedge-shaped.

The form of the spine took on a unique shape when primates finally stopped dragging their knuckles around and stood up for good as early human beings. The adaptation to standing upright permanently, freeing the hands for more complex tasks and the eyes and brain for a higher perspective, is an inward curve in the lower 5 vertebrae, known as lordosis. This area of the spine was flexible in earlier as well as modern non-human primates, allowing for extension of the spine for various activities like climbing and reaching up. But it was not strong or stable enough to support sustained upright posture. The vertebral shapes that support free-standing did not develop until later when the lower vertebra became much more stout as well as wedge-shaped, allowing for even greater extension (bending backwards) as well as stability in standing.

This structure gave us a buoyancy in standing, with the resulting s-like curvature resembling a spring.

The snake-like curve of the human spine is made up of 24 vertebrae above the pelvis, but also includes the sacrum at the base of the spine, and the coccyx, or tail bone below that. The sacrum is a fusion of 5 formerly independent vertebrae and provides stability to the low-back and pelvis. It sits like a wedge between the two wings of the pelvis, or ilia, and absorbs force from below and above.

The coccyx can vary from 3-5 fused vertebrae and does not serve much functional purpose anymore other than to remind you not to fall on your tailbone because it is very painful.

Ironically, it is the area around the lordotic inward curve that often suffers the most pain and discomfort in our modern backs. More ironically still, it is often because we mimic the slouchy postures of our apish ancestors that we experience pain in the region. (To be fair, for them it was not slouching, it was merely the only general shape their spines could make.)

Low back pain is experienced by anywhere from 60-70% of all humans in the western world. The cause can be elusive in specific cases, but generally, it is acknowledged that postures creating a slump in the low back lead to painful muscular imbalances and in worst case scenarios can damage the discs that act as shock absorbers between the vertebrae.

The lumbar spine, or low back, is built to bend backward (extend) to a degree, but it cannot truly bend forward. The thoracic spine, or middle and upper back, are curved in the opposite direction and can easily bend forward (flex), but not backwards.

Due to less movement overall in modern life coupled with excessive sitting in slumping positions, the low back spends entirely too much time in flexion. Much of our forward bending inactivity can damage the tissues in the spine as well as the lower back by sustaining these stressful shapes for long periods of time. The front edges of the vertebrae squeeze together and sometimes push the soft disc material into a compromised position at the back of the spine resulting in herniation or even complete rupture of the disc.

A damaged or ruptured disc can cause pain in its immediate area, but when it pushes onto one of the many nerves that exit the spinal cord to bring feeling into the lower limbs, pain and numbness may extend all the way to the toes, or even have organ involvement.

These injuries can be extremely debilitating when there is nerve impingement causing referred symptoms into the buttocks or down the leg. Even when not as severe, a chronic painful low-back becomes a quality of life issue as movement becomes more and more compromised, so the injured person moves less, and so on in a downward spiral.

Support the health of your spine

A slouched spine is not an “unnatural” shape until you hold that slouch while watching the entire season of The Queen’s Gambit.

There are many things you can do to support the health of your spine. If you have serious concerns such as chronic pain, nerve pain, or numbness in the legs or feet, ask your medical provider to refer you for some imaging so you can see if there is any narrowing between the vertebra or some other misalignment for which there might be some helpful physical therapy. Surgery is sometimes an option, but results can vary.

If your back is relatively healthy, only giving you a little twinge now and again, a comprehensive exercise program that encourages spinal strength and mobility can be a good method of prevention. However, a careful scrutiny of your daily habits might be even more illuminating as you sleuth out the causes of your occasional discomfort.

Your spine can slouch. It’s not an “unnatural” shape until you hold that slouch while watching the entire season of The Queen’s Gambit and then download a chess program and play into the wee hours without moving. It’s a good plan to get out of the slump about every 15 minutes or so and move your spine in the opposite direction. Hold onto the top of an open doorway and hang with your feet well-grounded, providing the spine some much-needed extension and your chest and shoulders some nice reversal of the slump as well. (Don’t let on that you’re actually trying to come up with your next move as you linger there.)

Reset your spine by lying on your back on the floor or other hard surface for 10 minutes or so, feeling the natural curves of your spine and especially allowing the low back to make its gentle arch away from the floor. Keep your knees bent if it feels better.

While you’re lying on your back, stretch the backs of the legs (hamstrings) up toward the ceiling, hovering the heels roughly above the hip sockets, and push the heels upward with no need to straighten the knees. Short hamstrings pull down on the bottom of the pelvis and take away your lordosis, so loosening them up can help restore the springiness of your spine.

Still on your back, pull your knees in toward your chest and roll around, getting a massage-like effect on the muscles and fascia of the low back. The layers of strong tissue can get stuck together creating stiffness and hobbling movement.

In general, move more and more often. Especially as we head into the winter months with their short days, it’s vital to engage all the major joints and muscles every day.

It would be an odd twist of evolution if we ended up with those long straight chimpanzee spines again after all that lordosis has done for us thus far.