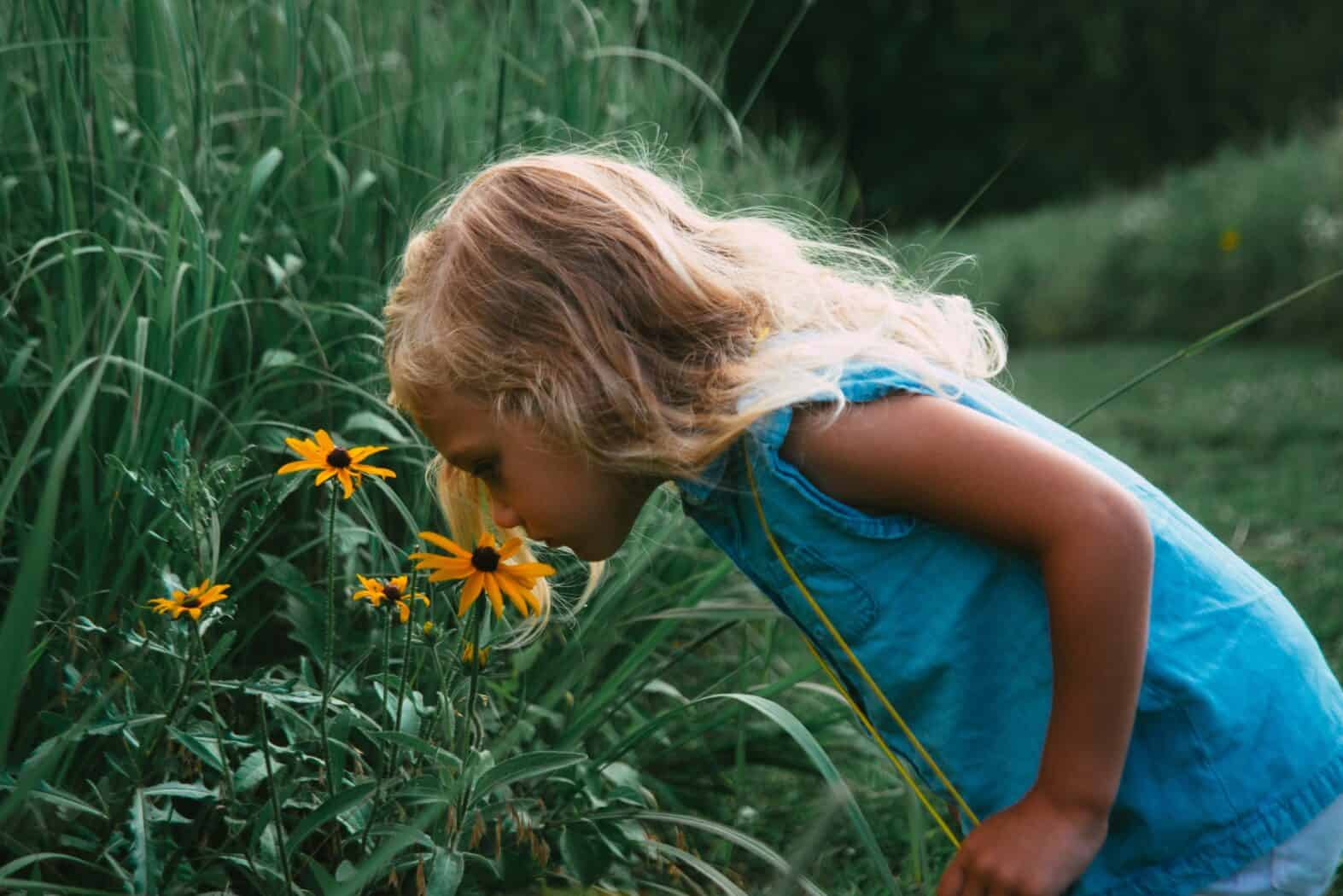 Photo by Casey Murphy on Unsplash

Published in the Humboldt Independent on June 15

Moving on in our tour of the senses, we sniff out the human nose, a sense organ that gets a bad rap compared to your basset hound’s olfactory system, but at least one study out of Rutgers University contends that the human nose may be a lot more sophisticated than once believed.

Whether hound or human, the olfactory system gathers odor-causing molecules in the mucus lining of the nose and dissolves them, making them capable of being carried to the brain via a process called sensory transduction.

Smell is the only sense that is fully developed in the human fetus and remains the most developed sense in children.

During this process, tiny hairs called cilia, containing olfactory receptors which bind to the dissolved molecules, create an electrical response which spreads to the olfactory nerve cells located at the back of the nasal cavity. These nerve fibers and cells transmit information about an odor to the olfactory bulb, which provides a direct line to several areas of the brain’s limbic system.

The limbic system is one of the earliest parts of the brain to evolve, and is responsible for emotion as well as behaviors needed for basic survival such as feeding, caring for young, and the fight or flight response.

Smell is the only sense that is fully developed in the human fetus and remains the most developed sense in children up until age ten when vision takes over.

The limbic system also houses the memory center of the brain, the hippocampus, which is why smells can be powerfully evocative of memories.

How the research has changed

It is the small size of the human olfactory bulb, compared with the relatively larger organ found in a dog, that is what for the past 150 years has led scientists to believe that dogs had a far superior sense of smell. Yet the Rutgers study indicates that there is no evidence supporting this assumption.

Professor John McGann, who has studied the human olfactory system for 14 years, asserts in a 2017 interview that humans can distinguish a trillion different scents, far more than the 10,000 previously assumed. This earlier guess was based on antiquated 19th century thinking that human cognitive superiority, i.e. free will, made smell far less important to our survival and therefore was jettisoned.

A 2007 study out of Berkeley proved that humans can follow a scent trail just as dogs can, and that with practice they get better at it. While dogs possess more scent receptors, and have a relatively larger olfactory bulb, it is more likely that their well-practiced use of smell, due to the inferiority of their vision, has rendered them apparently superior to humans at scent-tracking.

Further work by Matthias Laska of Sweden’s Linkoping University suggest that all animals develop sensitivity to the smells most needed to survive. Because most animals are more involved in basic survival strategies as governed by the limbic system, it appears that many animals have sniffers superior to those of humans.

Give your nose some love

Smell disorders can be an early warning sign for Alzheimer’s, Parkinson’s Disease, or multiple sclerosis.

McGann would like to see the importance of smell elevated in our thinking, as it is crucial to our interactions with others, selection of a mate, detection of danger, and choices of food items. Odors can also trigger symptoms of post-traumatic stress disorder.

In COVID-19 cases, one of the first symptoms noticed by many infected persons is anosmia, or loss of the sense of smell. Fortunately, the sense returns without permanent damage because the disease binds not to the olfactory neurons themselves, but to the supporting structures.

Cancer patients who receive chemotherapy and radiation have been shown to experience loss of the ability to smell, often expressed as foods having no taste. Much of taste is determined by odor, and when the mucus membranes in which odor molecules are processed are destroyed by toxic chemicals both senses can be severely compromised, usually temporarily, but sometimes permanently.

Smell disorders can be an early warning sign for Alzheimer’s, Parkinson’s Disease, or multiple sclerosis, and can be associated with diabetes, obesity and high blood pressure. Loss of smell can lead to loss of appetite, which can lead to malnutrition. Anosmia can sometimes lead to depression and other emotional disorders.

Your sense of smell is likely to diminish with age, but can be trained and improved. Pay more attention to smells. Because vision and hearing take up most of our attention, we tend to focus far less on odors. Build up your scent IQ by taking regular tours of your spice rack, the perfume counter, and the garden. Get more B12 in your diet, and quit smoking.

If you experience a sudden, unexplained loss of smell, a COVID test may be in order, and if that is negative, see your provider to rule out any other serious causes. Work on improving your olfactory competence and you may find food more enjoyable. Keep at it and you may be able to challenge your hound to a scent-tracking competition.