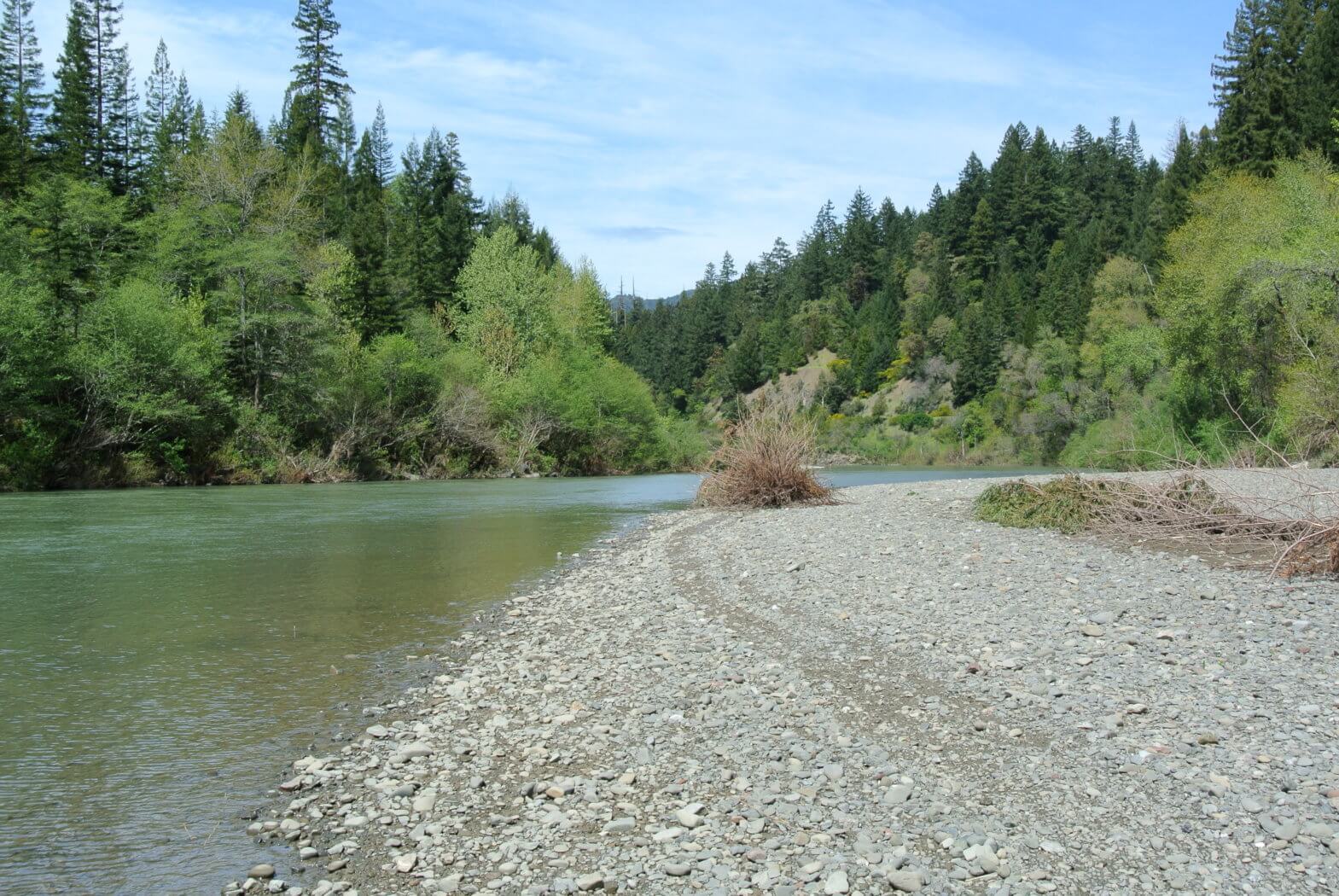 Like the Nile, the Eel River is one of few rivers in the northern hemisphere that flows from south to north. The Eel and its tributaries form the third largest watershed entirely in California, one of six rivers that flow to the sea via Humboldt Bay. These waterways, even with their rapids and waterfalls, may not be as dramatic as a crashing wave, but without proper safeguards, a lazy river day can quickly turn into a nightmare.

You’re on a hike, it’s hot, you’ve come upon a river or stream. Can you swim in it? Before taking the plunge, use four of your five senses. Tasting is not recommended, as giardia, an intestinal parasite, is common in rivers and streams.

Look at the water. White water rapids are a no-go, but remember that strong water currents are not always visible.

Listen for rapids just around the bend downstream.  Get close to the water’s edge and throw a stick in towards the center and note how fast to moves. If the stick takes off faster than you can swim, be wary.

Smell the water if it contains any algae. It’s best to avoid swimming in any algae, but blue-green algae, which is odorous, is poisonous to both people and pets. See blue-green algae hazards, below.

Feel the water. Rivers can be frigid even on hot summer days. Shocking your muscles with cold water can cause them to cramp, limiting your ability to swim even in the most docile of currents.

Commonly called blue-green algae, this is actually a bacteria called cyanobacteria. This type of bacteria produces energy through photosynthesis like plants do, making it the only bacteria to create oxygen as a byproduct. Cyanobacteria thrives in warm, relatively still water, rapidly creating algae blooms.

The Eel River Recovery Project in cooperation with UC Berkeley have been monitoring cyanobacteria in our watersheds since 2013. The have provided the following safety tips:

Preparing for a river day

Be ready for a bit of a hike, and travel light. Bring a pair of river shoes if you can, even an old pair of sneakers, to protect your feet from rocky river bottoms.

Go to a known safe spot. You can check local tourism websites or even ask around town, as  communities around rivers establish swimming holes. Your local fish and wildlife department also has daily river reports which indicate how strong the currents are and how hard the river is cresting. The “secret river spot” is alluring, but the more remote you are the harder it is to get help.

To minimize swimmer’s itch, towel off rather than air drying after being in the river, and shower as soon as you can

According to Wikipedia, “Swimmer’s Itch probably has been around as long as humans. The condition was known as early as the 1800s, but it was not until 1928 that a biologist found that it was caused by the larval stage of flatworm parasites.”

These parasites congregate in warm, still water. They are attracted to the oils in our skin and also, unfortunately, to oils in lotions and sunscreen. They burrow into your skin, causing small itchy red bumps which last about a week.

To minimize swimmer’s itch, towel off rather than air drying after being in the river, and shower as soon as you can. To relieve itching, use corticosteroid creams or other anti-itch lotions such as Sting Stop. If the rash persists or gets worse over a week, seek medical attention as this may indicate an allergic reaction.

Pincher Bugs are water beetles. Like the Swimmer’s Itch culprits, they are more prevalent in the warmer water of late summer. Their bite only hurts for a little while, and it usually leaves no inflammation.

Despite all these cautions, you needn’t be afraid of rivers if you are knowledgeable about them. It’s hard to think of a better way to spend a summer day than lounging or exploring in or beside a gently flowing Humboldt County river.

Previous article Come to our Strategic Planning session!
Next article Board Vacancy