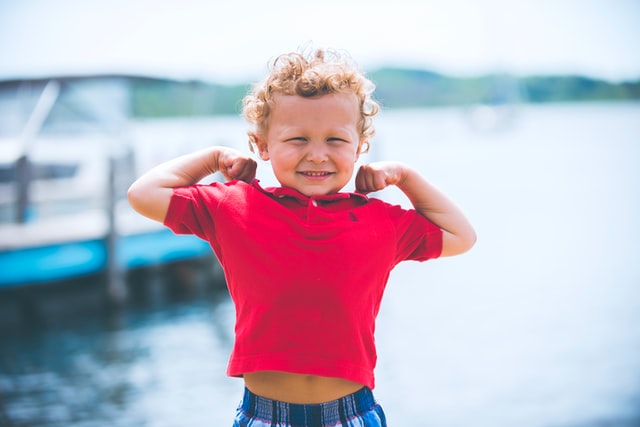 So Healthy Together: The Care and Feeding of Your Immune System

Photo by Ben White on Unsplash

With all of the COVID-related anxiety we’ve slogged through these past years, it’s been very easy to forget just how remarkable the human immune system is. All animals have some ability to recognize and differentiate between the self and the other and to repel or avoid things that are not part of the team. The more sophisticated the organism, the more sophisticated the systems for providing immunity, with terrestrial animals such as mammals, reptiles, and birds generally having the most robust toolset. Our immune systems are quite similar to those in other higher vertebrates and are further enhanced by our understanding of hygiene and our use of vaccination.

The adaptive and innate immune system

Some antibodies are given to us at birth, some from vaccination, and some are made as we are exposed to new antigens.

Sophisticated immunity consists of two highly-evolved systems which work in tandem to deal with trespassers in our bodies. The most evolved tool in our immunological arsenal is the acquired immune system, largely a function of antibodies (also called immunoglobulins), which are proteins created by a joint effort between our T and B blood cells. Antibodies are specifically tailored for different types of invasive agents (or antigens) and can be produced en masse once a threat is recognized. Some antibodies are given to us at birth from our mothers, some we acquire from vaccination, and some are made in-house as we are exposed to new antigens, but they are all part of an evolutionary arms race between us and the viruses, bacteria, and other invaders.

On the other hand, the innate or complement immune system maintains more or less the same functionality from birth, and it augments the more advanced efforts of the antibodies with plenty of heavy lifting. Its job is blocking, tearing apart, and devouring known invaders (including those marked by antibodies), as well as causing the inflammation necessary to contain invasive agents. The innate and adaptive immune systems are found in some capacity within almost all terrestrial vertebrates, to the extent where we can assume a concerted effort between the two became an evolutionary necessity, and those critters without the pair simply didn’t survive to tell the tale.

The powerful antibodies shared by the higher vertebrates are the result of what is considered a “complete” immune system by evolutionary standards: one with a thymus, a spleen, bone marrow, and lymph nodes. While our evolutionary ancestors did the heavy lifting for millions and millions of years to get us here, it is incumbent upon us to make their work worthwhile by taking good care of those systems – and ourselves.

By the time we’re mature, we’ve already made all the T cells we’re going to need.

The thymus front-loads its functionality into infancy, where it helps babies deal with the transition out of mom and into a world full of viruses, bacteria, and other creepy-crawlies. While it becomes a largely cosmetic feature by later childhood, the thymus is sort of like a university for your body’s T blood cells (which teach the body’s B blood cells how and when to produce antibodies). In the thymus, t-cells mature and decide whether they want to pursue a career as a helper, regulatory, cytotoxic, or memory T cell. By the time we’re mature, we’ve already made all the T cells we’re going to need, so the thymus gradually atrophies and is replaced with fatty tissue as it becomes unnecessary. While most of our readers aren’t babies and will as such be mostly done with their thymus, those of you with babies of your own should know there’s an abundance of evidence indicating that breastfeeding contributes to healthy thymus development in infants, along with other positive immunological effects.

Bone marrow is divided up into two major types as well, which also change as we mature. All our marrow is initially red, as red bone marrow is responsible for the creation of stem cells which get converted into blood cells – like our T and B cells. New humans need a lot of new blood cells, but as we get older that need diminishes and some of that marrow turns yellow. Yellow bone marrow is good for storing fats, but can also be converted back into red bone marrow if needed to combat illness or blood loss. Protein, iron, folic acid, and vitamin B-6 help contribute to the health of your bone marrow.

The spleen serves as a barracks for your white blood cells and also plays a part in blood filtration and controlling inflammation. Since the spleen is one of the main bodily filters, it is often the first of those organs to have problems if things aren’t working properly, but thanks to the complexity and redundancy built into our immune systems, the spleen’s job can and will be taken over by the liver if it fails entirely. A spleen-friendly diet consisting of plenty of fruits, starchy vegetables, and whole grains can help keep that from being a possibility.

The lymph nodes are a part of the greater lymphatic system, which takes excess fluid, particulate matter, and other nasty things from our bodily tissues and deposits them into our bloodstream for dispersion and disposal. The nodes themselves are like little security checkpoints or filters for our blood, trapping interlopers and exposing them to the immune system. While they are primarily concentrated in the neck, groin, and armpits, this is because these are the major intersections of our lymphatic and circulatory systems, and many nodes can be found all throughout the body. The health of our lymph systems can be encouraged and maintained by getting plenty of exercise, staying hydrated, and including plenty of omega-3s and leafy and cruciferous vegetables in your diet: spinach, kale, chard, arugula, broccoli, cabbage, and cauliflower are all good choices. Turmeric, ginger, and of course garlic also encourage healthy lymphatic function.